Jack is a ten year old boy, standing proud, about to receive a ‘Certificate of Achievement’.  In the ‘audience’, sits his proud parents, younger siblings and his favourite teacher. This is an awards ceremony few would have predicted… 4 months earlier I was referred to work with Jack.  At the time the referral was made Jack was struggling academically, prone to violent outbursts, low self-esteem and described as the ‘problem’. Prior to therapy, family life had been chaotic and stressful.  Both parents felt powerless and ineffective, often arguing in front of the children, and being on different ‘pages’ when it came to discipline.  Fearful of how the children might behaviour in public, the family rarely left the home. Therapy was multi-faceted. Sessions with Jack’s parents helped build a therapeutic alliance with them, support them with alternative ways to respond rather than react to the children’s needs and arm them with practical techniques to manage their own stress levels.  The couple were given ‘homework activities’ including noticing each parent at his/her parenting best, which helped promote support and team work. Family sessions helped redefine problems as not being solely located inside Jack and created opportunities for family members to share, through art, turning taking games and drama what they liked about being in their family, what they wanted to change and what they were prepared to do about it. Whilst initially resistant to therapy, Jack quickly warmed to the process and later engaged in joint sessions with him and Dad.  Jack and his Dad began to repair past hurts and strengthen their relationship.  Both learnt they had an interest in fishing, art and animals which became opportunities for bonding and fun. Changes occurred over the course of 4 months.  The family no longer felt ‘trapped’ in their own home and began to plan day outings and camping trips.  Excessive discipline reduced, replaced by more consistent united parenting.  Reports of challenging behaviour from children at school and home reduced.  Jack was getting along more with peers and felt more supported and understood by his parents, especially his Dad. In the past Jack and his family had struggled to identify a strength he possessed.  And yet 4 months later, Jack impressed his family by selecting cards that represented his strengths since starting therapy, including: ‘I am brave’, ‘I am careful’, ‘I am good fun’, ‘I can wait’, ‘I am happy’, ‘I look after other people’, ‘I will try new things’.  All strengths were strongly endorsed by the family and Jack’s teacher To ensure privacy is respected, names have been changed along with the removal of any information that could identify this family. 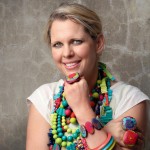